Virtual Power Plants Are the Grid Solution Texans Are Dying For

Texans are being asked to put their health, comfort, and safety on pause YET AGAIN as the Lone Star State grapples with its faltering power grid.

This time, it’s the early arrival of 100-plus-degree weather as opposed to the deep freeze.

You may recall, just fifteen months ago… millions of Texans were forced to suffer through record-low temperatures for days without electricity as US Senator Ted Cruz skipped off to Cancun with his family for some well-deserved beach time.

Nice dad-jeans by the way! 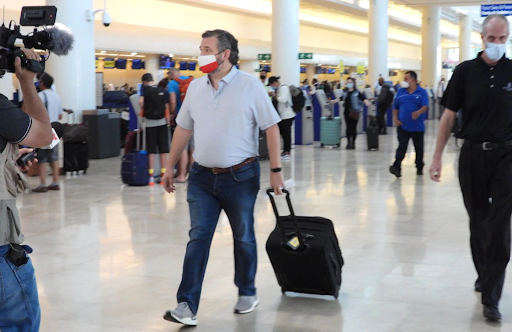 Officials are still trying to determine the exact number of deaths caused by the state’s 2021 power grid calamity.

Other experts believe the true figure is much higher: 814 deaths.

We may never know the exact tally… but one thing we do know is that Texas has not solved its immense power grid issues. Not by a longshot!

The power companies kindly asked Texans to set their thermostats to a comfortable 78 degrees to prevent a larger potential blackout scenario.

The combined power plant failures led to a loss of nearly 3,000 megawatts of electricity — enough to power more than half-a-million homes.

And it’s not even summertime yet!

Typically, April-May is the time of year when power plants are temporarily placed offline for much needed repairs and maintenance ahead of the blistering summer months.

As a result of global warming… that may no longer be feasible!

Springtime in the South is a virtual misnomer these days with temperatures going from frigid-to-sweltering in near overnight fashion.

And who pays the price for the state's inability to address its crippling power issues?

The people, of course. Well, minus Coppertone-Ted that is!

Following the winter blackout, all three members of the Public Utility Commission and six board members of the Electric Reliability Council of Texas (ERCOT) resigned. The CEO of ERCOT was also fired.

A good start… yes. But is it enough? Likely not considering we just saw six plants inadvertently shut down prior to summer’s official arrival.

A key problem for Texas’s power grid is the interplay between natural gas and electricity.

Most of the power plants in Texas rely on natural gas as a fuel source.

That ill-timed decision further exacerbated the problem as natural gas producers were unable to deliver sufficient fuel to keep the plants operational.

With the freezing-over of several natural gas wells in the surrounding area, the lights simply went out and, along with it, the heat. 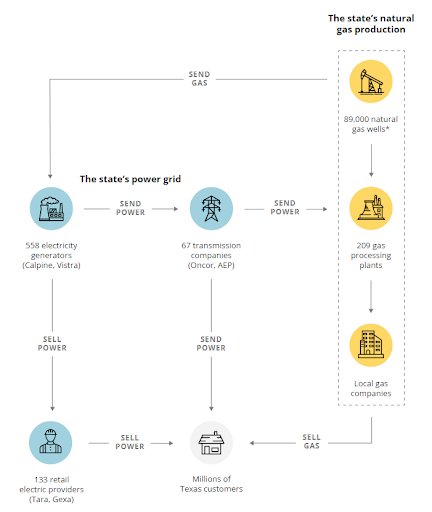 Fast forward to today, and the Texas Legislature has ordered electricity regulators to require power plants to better prepare for “extreme” weather — including the winterization of some plant equipment.

Yet, that legislation fell short of similar mitigation measures for the natural gas industry.

Hence, with “extreme” weather quickly becoming “normal” weather… Texans are undoubtedly facing a Groundhog Day scenario this summer, this coming winter, and so on and so on.

And remember, these are real people we’re talking about with outages disproportionately affecting the very young, the very old, as well as the poor.

So while Texas and other states struggle to find solutions to their antiquated power grids, we’re seeing a new trend unfold in the Virtual Power Plant world — or VPPs — that could have well-timed investors on the winning side of a powerful megatrend.

And while traditional power plants rely primarily on carbon-emitting fossil fuels such as natural gas and coal… VPPs are integral to the green-energy revolution with a focus on renewables — such as wind, solar, hydro, and geothermal — along with advanced software that controls the storage and distribution of energy. 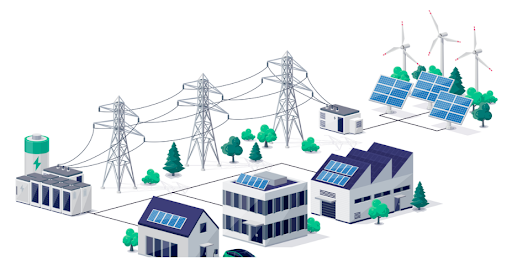 Just like EVs are systematically replacing the combustion engine, VPPs are now being deployed to curtail carbon emissions while simultaneously allowing users to trade and sell stored power within the electricity market.

It’s highly flexible… and it’s the future of electric power and storage globally.

And because of its advanced applications across the residential, commercial, and industrial markets, the VPP industry is projected to grow from just under US$1 billion last year to US$6.5 billion in 2028 at a CAGR of 33%.

Unfortunately, more extreme-weather blackouts are on the way… and not just in Texas… although most things are indeed BIGGER in the Lone Star State!

In the meantime, our team has you lightyears ahead of the investing herd on the VPP megatrend.