Russia’s unrelenting weaponization of natural gas has reached an entirely new level with reports the rogue nation has completely cut off gas supplies to France. Putin has systematically choked shipments of the fuel to much of Europe ever since the West began imposing sanctions on the Kremlin for its invasion of Ukraine in late-February.

And with winter just around the corner… Russia’s latest escalation of its energy-war with the whole of Europe could not come at a worse time.

Things are becoming so dire in France that the country is now holding talks with a North African nation to secure mid= to long-term contracts for natural gas supplies — and those won’t even kick in until next year.

Russia’s unwarranted retaliation for its own unprovoked aggression against its peaceful neighbor has sent energy prices soaring — plunging the European continent into its worst energy crisis in 50 years and ever closer to recession. 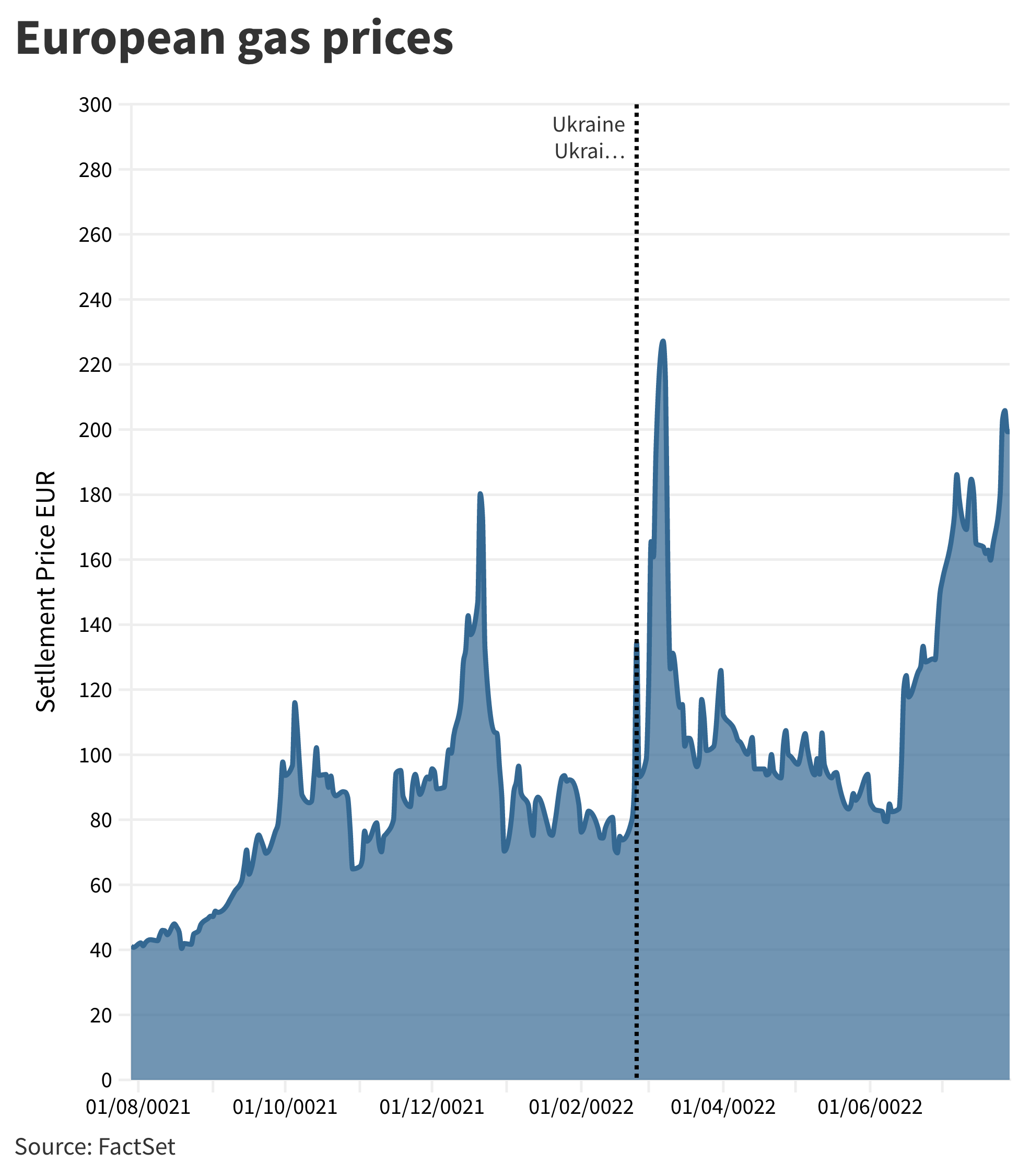 To that end, economists are now increasingly pricing in a recession for 2023 for the euro zone.

Not only does all of this point to the catastrophic nature of relying on unstable regimes like Russia for one’s energy security… it also poses serious questions about the region’s ambitious climate initiatives.

As Putin continues to deny he’s using gas as a weapon of war, the proof is clearly in the numbers.

According to the European Commission — the EU’s executive arm — twelve member states are already suffering from reduced gas flows from Russia and a handful of others, including France, have been completely cut off.

With no end in sight to the standoff, the need for nuclear power has never been more apparent.

France’s economy minister recently doubled down on the need for a top-to-bottom overhaul of the electricity market saying, “there is no energetic transition without nuclear energy.”

Germany has also done a complete about-face with regard to nuclear… admitting that nuclear power needs to be a part of their energy mix going forward.

And even Japan is planning on restarting up to 17 of its reactors by summer 2023 with additional plans to build new next-generation nuclear plants.

Countries around the world are understanding that achieving carbon neutrality is simply not possible without carbon-emission-free nuclear energy.

The same goes for the United States, which is also building next-generation reactors and already gets half of its clean electricity from nuclear.

With so many countries around the world turning to nuclear power for a multitude of reasons — uranium demand is growing worldwide.

The price of uranium is also up sharply, rising from US$45 per pound to currently just below US$55 per pound in just the last month or so… and up over 100% from early-2020.

And with a current global mining shortfall of at least 50 million pounds U3O8 per annum — uranium prices have nowhere to go but up.

And that means the best positioned uranium exploration and development companies are poised to deliver outsized returns in the months and years ahead.

We’ve identified an under-the-radar uranium firm that’s amassed an industry-leading pipeline of exploration and development-stage projects across the western United States with combined resources of nearly 100 million pounds of U3O8.

Our own Gerardo Del Real of Junior Resource Monthly has been chronicling this company’s impressive ascension ever since its landmark acquisition of one of his other uranium stock winners.

With the 2022 uranium bull market just underway… you do not want to miss this exclusive clean-energy investment opportunity.