What’s Next for Mr. Market?

Last week, I told you that the market was doing a great job of making everyone nervous, but that it looked like the bull market could continue.

That's exactly what happened, though it's taken a meandering path to get there with a couple of down days over the past week.

March was certainly not as bullish as January and February regarding stocks, but nonetheless the S&P is now back at all time highs as Biden has announced a $2-something trillion dollar infrastructure plan that has bonds going down and rates ticking up a bit more.

Rising rates continue to keep a lid on gold, which got pushed down below $1,700 this week.

Stocks at all time highs and that can continue.

I also told you last week that oil had been doing a bit of consolidating and that I had advised premium members of Foundational Profits to take some profits on oil and the energy sector after wading into it in late November, early December 2020.

Of course, oil ran to over $60, and we took the opportunity to take some profits. Oil has continued to consolidate, now starting to be a bit of opportunity there.

Also last week, I told you that copper and copper stocks were pulling back and would be a place I would look to deploy some cash if you were looking for something to buy. And if you look at a chart of the two stocks I mentioned, Rio Tinto and Freeport McMoRan, they are up six or 8% on the week. 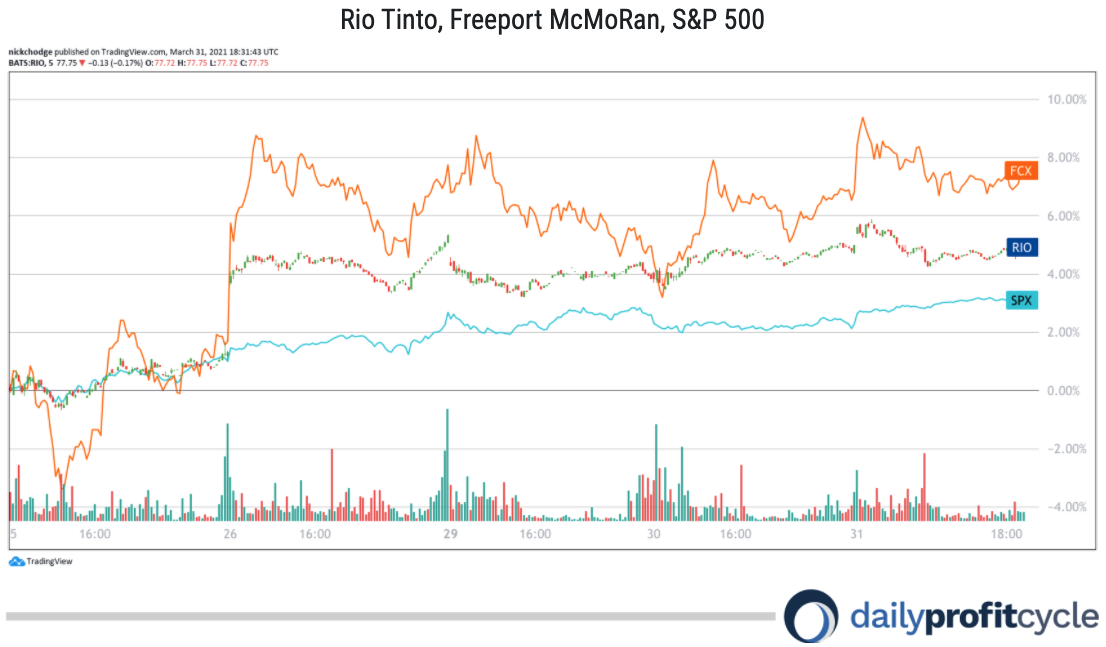 That's normally like an annual S&P gain. And you can see the chart there, how they performed relative to the S&P.

And I also told you I was starting to buy a bit of fertilizer stock. I mentioned Mosaic, and that is outpacing the market over the past week as well. 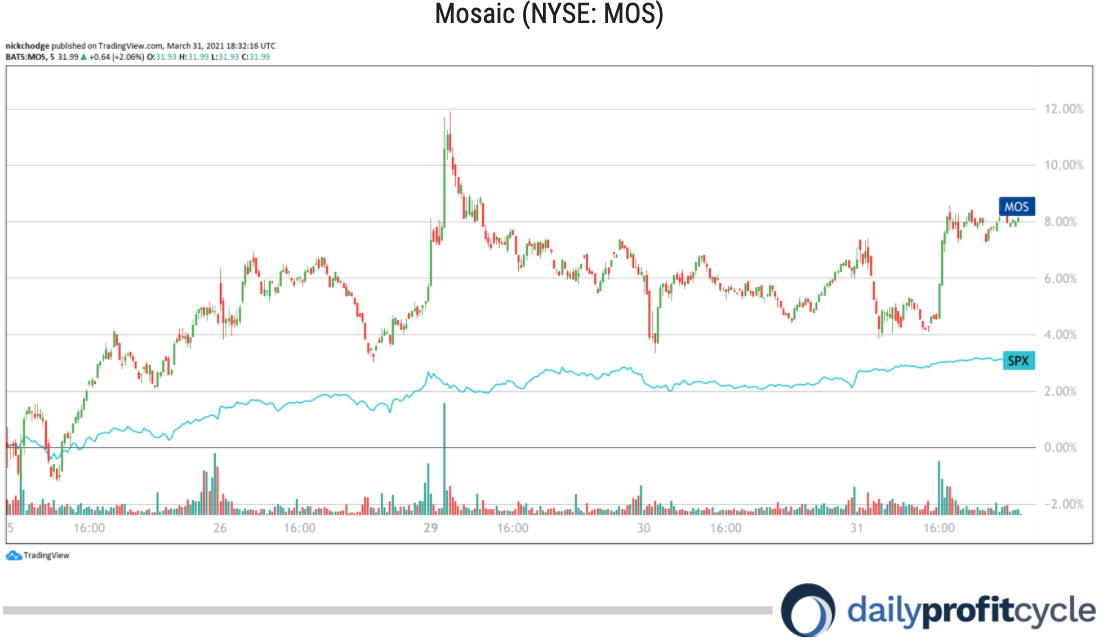 The last thing I mentioned last week was cannabis stocks, and those continue to have a little bit of a rough go of it as earnings start to come out and some weren't up to expectations. And so we start to get a little bit of separation in the more quality names. There is still plenty of buying opportunity left in cannabis and there's a lot of names I'm looking at buying in that sector. Premium members, of course, getting the info and the recommendations.

Lastly, I would just say that it's the end of the quarter. The dollar has been strengthening, but I don't see that continuing. The last time it was "strengthening", it got to 94, or the DXY index got to 94. 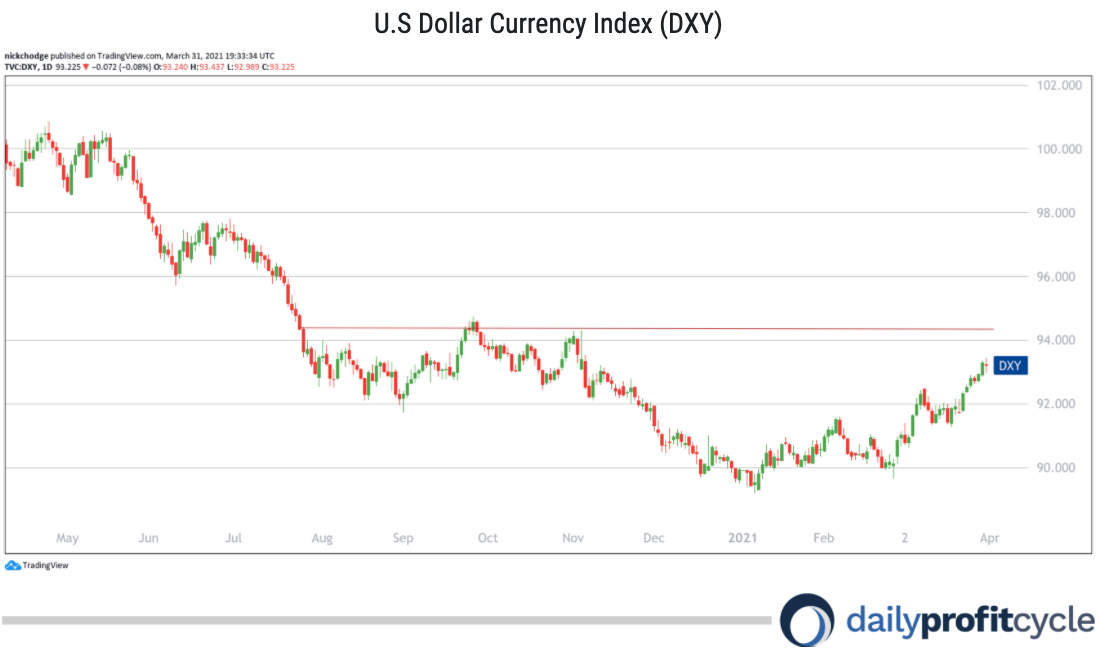 It's not even back there yet, and if it does get there, I would bet that it shies away again, not least of which because, again, the President announcing a $2.3 trillion infrastructure plan this week. That doesn't beget strong dollars, especially when it's the seventh or eighth trillionth dollar we've spent in this COVID year relative to the trillion that was spent for the global financial crisis.

So more of the same, I would say.

I hope everyone has a good holiday weekend.