Top Stocks for the Lithium Boom

The global lithium space is on fire.

In the past two years, as evidenced by the Global X Lithium and Battery Tech ETF (NYSE: LIT), it’s up nearly 120%. It’s outperforming the S&P (the red line) by a factor of six. 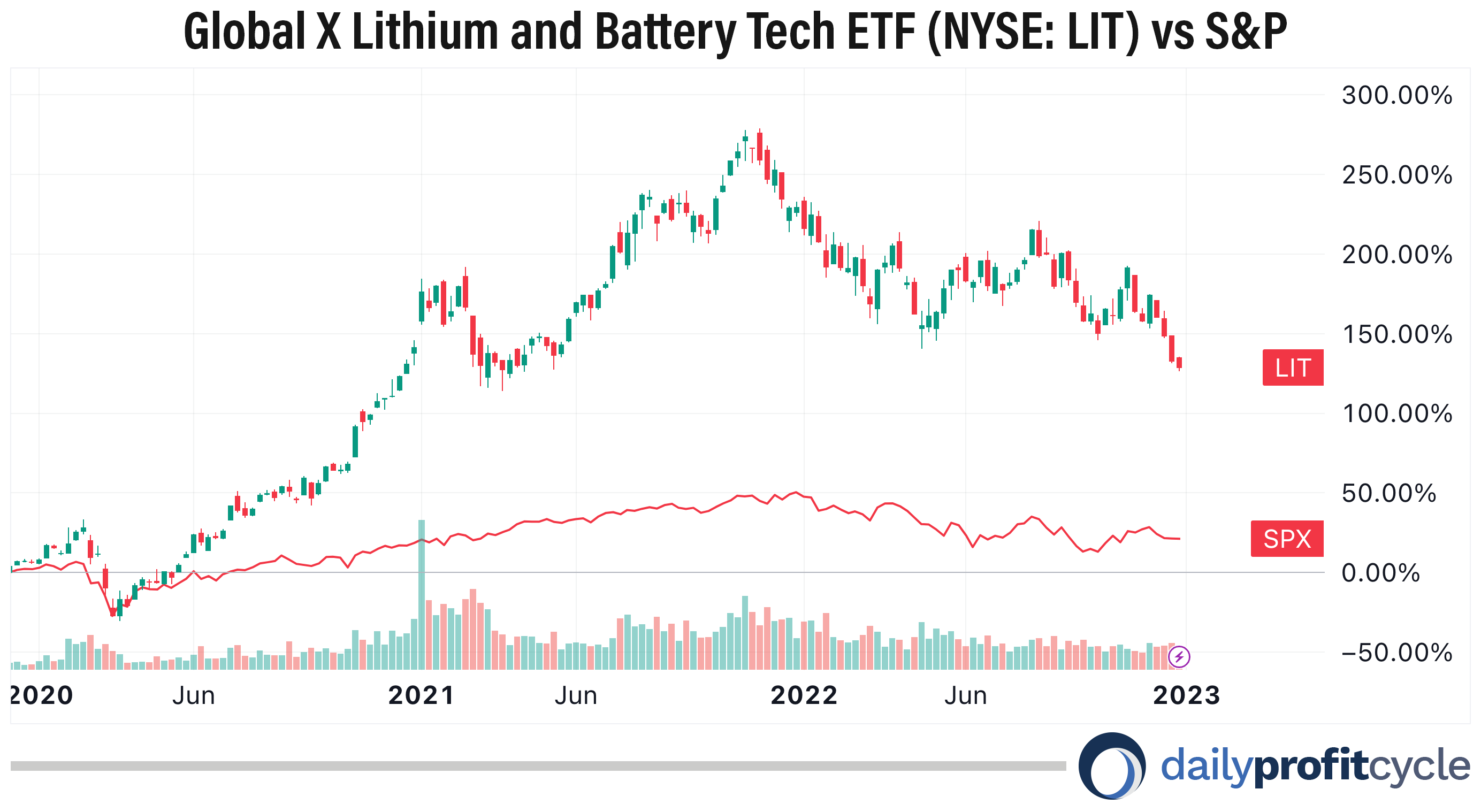 There’s a reason Goldman Sachs is calling it “the new gasoline.” And The Economist says it's “the world’s hottest commodity.”

But you can do much better in the lithium space.

For starters, that lithium ETF I mentioned above has more than 25% of its holdings in just four stocks:

I don’t really get why the fund is structured that way. Only one of those companies mines lithium, the rest are battery makers.

So when lithium prices are near record highs, does it really make sense to invest in an ETF that owns a bunch of companies that have to buy lithium at record high prices? For the purest lithium gains… you’ll want to invest in a company that explores for or produces lithium as its main business.

That ETF does have a few large holdings in pure-play lithium companies, including:

And here’s how those lithium stocks have done over the past six months: 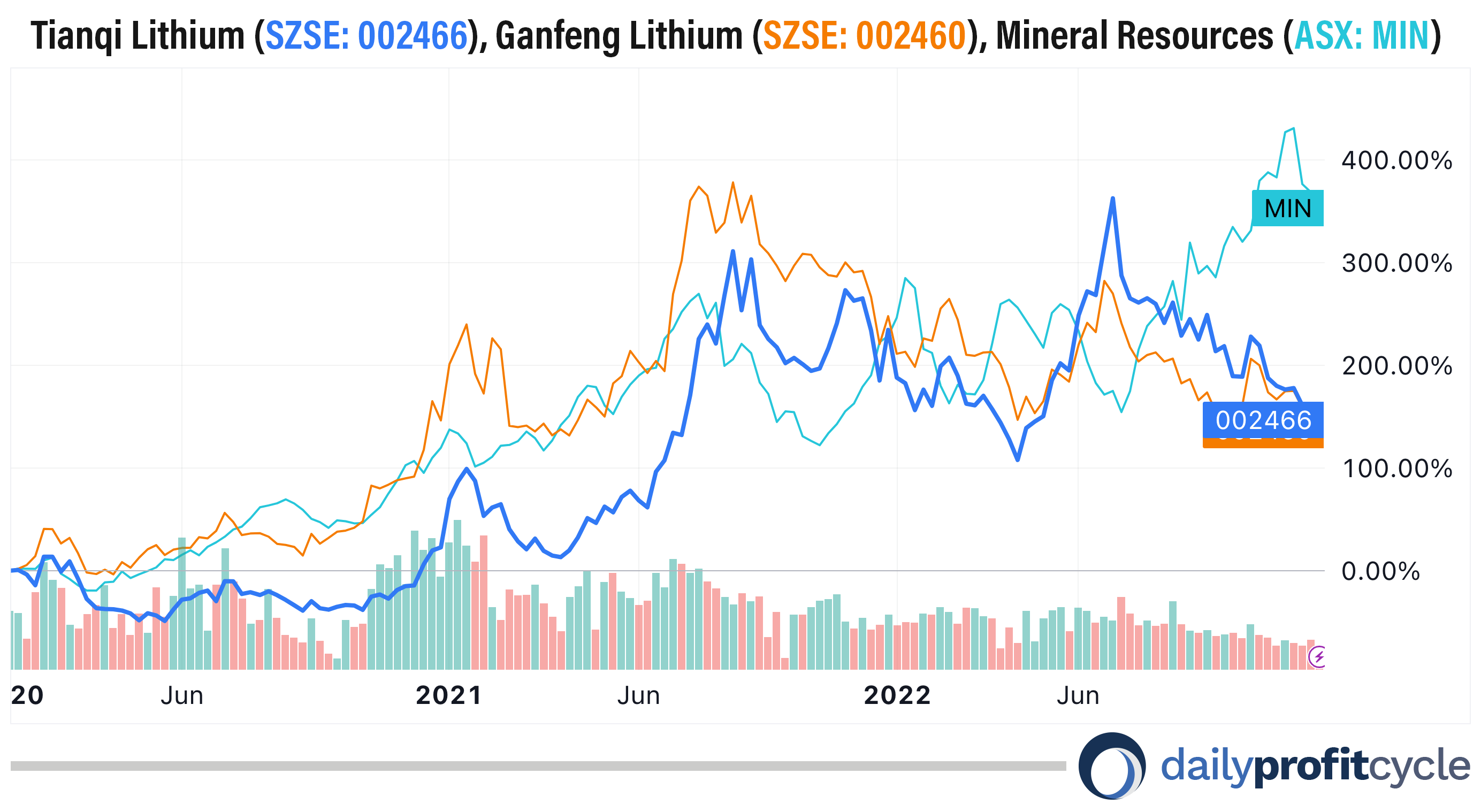 Tianqi Lithium and Ganfeng are up ~150% — both beating the ETF because they are pure plays. But they are listed on Chinese exchanges and difficult to invest in. Canada has even banned Chinese companies from investing in its lithium mines.

Mineral Resources is up nearly 370%. But its main listing is in Australia.

Not only are all these stocks foreign… the market already knows their stories. Ganfeng has a market capitalization of nearly $3 billion. Mineral Resources’ is over $9 billion.

Plus, the world will need much more lithium than these already-known companies can produce.

In the next eight years or so, the world will need nearly five times more lithium than was produced in 2022. And even if all planned new sources come online there will be a half million tonne shortage in 2030. 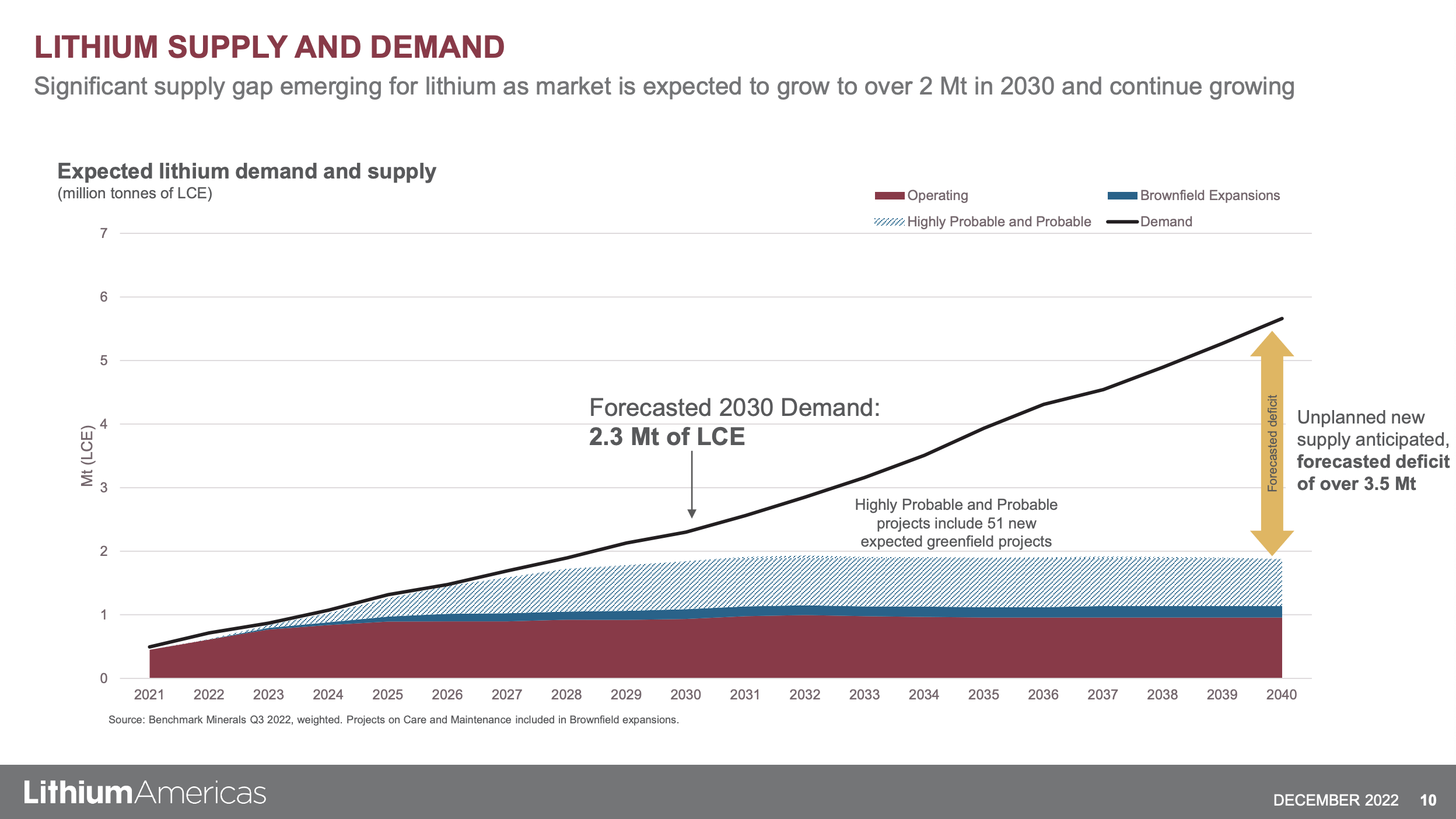 Electric cars will soon dwarf all of that.

According to his own announcements, Elon Musk will be building 20 million Teslas a year by 2030.

To meet that goal, he says he will need the world’s entire lithium supply... and then some. All of it. None left for any other electric car manufacturers. None left over for phones or the laptop I'm writing this on.

So finding the small, pure-play lithium companies today will put you in the best position to reap the most profits from the lithium of tomorrow.

Here is the chart of Tianqi, Ganfeng, and Mineral Resources again… only this time with my top lithium recommendation added: 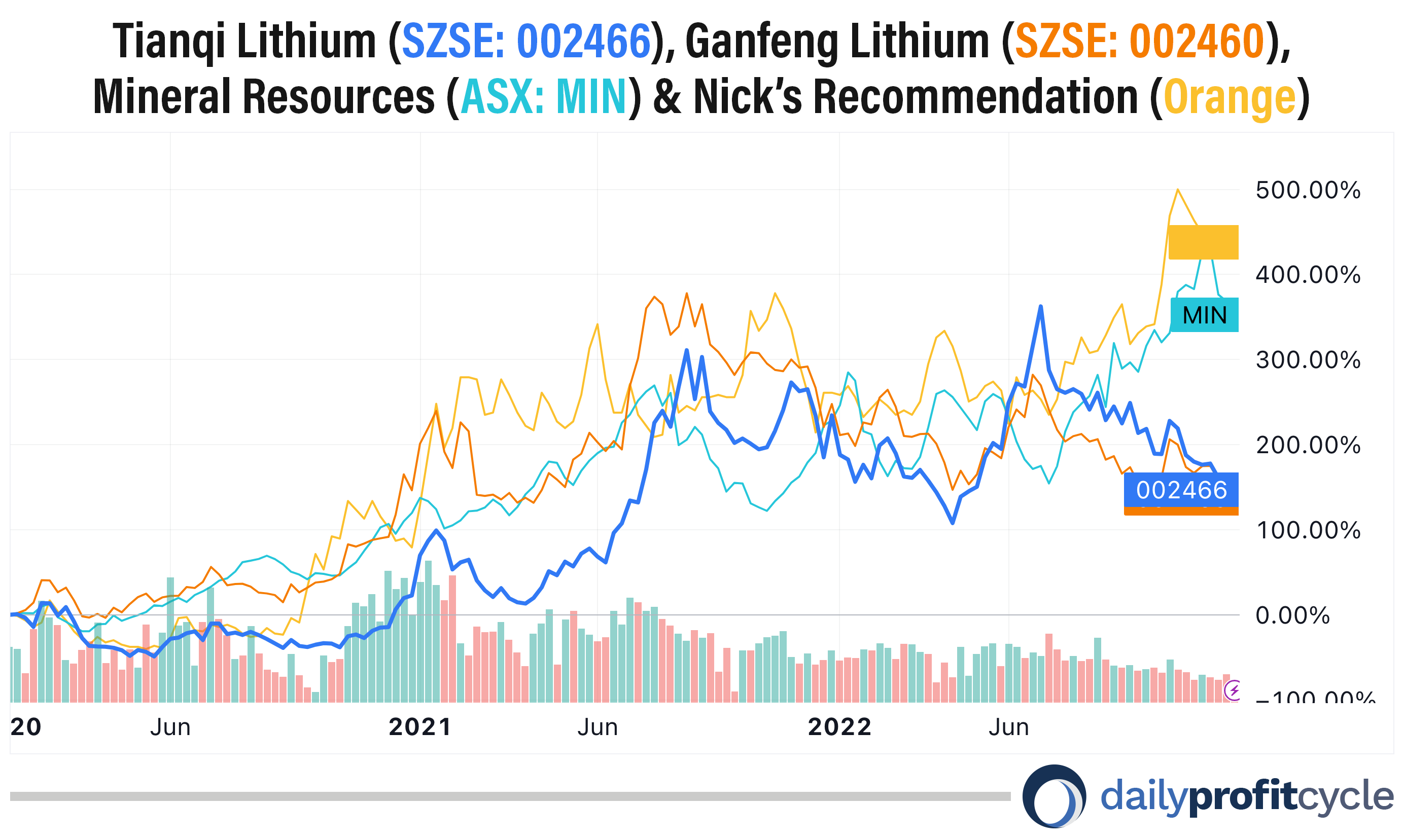 Yet it hasn’t produced a single ton of lithium. And it’s still tiny.

It just got its final permits.

And it still trades with a tiny market of just $325 million — so it has plenty of room to move up.

If you’d like to see my full report on the lithium sector, what to avoid, and all the details on my tiny top lithium recommendation just click this link.