Some Thoughts on Silver

Publisher’s Note: Let's talk silver. We’ve been talking about a rotation going on in the 10-year bond, the dollar, and gold. All of them seem to be looking for direction. There definitely isn't a clear one yet — not on a week to week, month to month basis. Silver, as we know, tends to lead. It certainly led to the downside over the past week. But it’s already led a rally back to the upside, adding 4% in the past few days. I have a lot of thoughts on silver. I also have a brand new silver mine tour to share with you. It’s all in the soliloquy below.

I have a lot of thoughts on silver. I think that people are too passionate about it. I think that it's way too much of a religion. I think that people got caught up in the silver squeeze of the past year that didn't do anybody any favors and made a lot of people look a little silly. Silver, frankly, hasn't performed well. And I'm not an expert, just like I'm not an expert on anything. I'm not one of these people who follows the gold/silver ratio closely and things like that. But what I do know is a couple of things.

I know we're in a commodity bull market where we need silver for lots of industrial things, including the electrification of everything and the conversion to renewables.

And I know that silver hasn't performed well, as I said, and so like gold, it's been trying to find its footing. Silver didn’t reach a record price last fall when gold hit record prices. And so I think it still has a bit of catching up and showing off to do.

And then, a simple fact about silver is that it's not easy to find a quality pure silver play.

Silver is normally mined as a by-product or a co-product of some other commodity — lead or zinc or copper in a polymetallic deposit. So there's not a lot of quality, pure silver stocks to invest in. And so I'm always on the lookout for them as part of the private deal research and investing I do.

And I have done a couple silver ones, but like I say, there's not a lot. One I financed privately years ago is AbraPlata, for example. It’s called AbraSilver now and has done quite well — running over 500% in the past year. 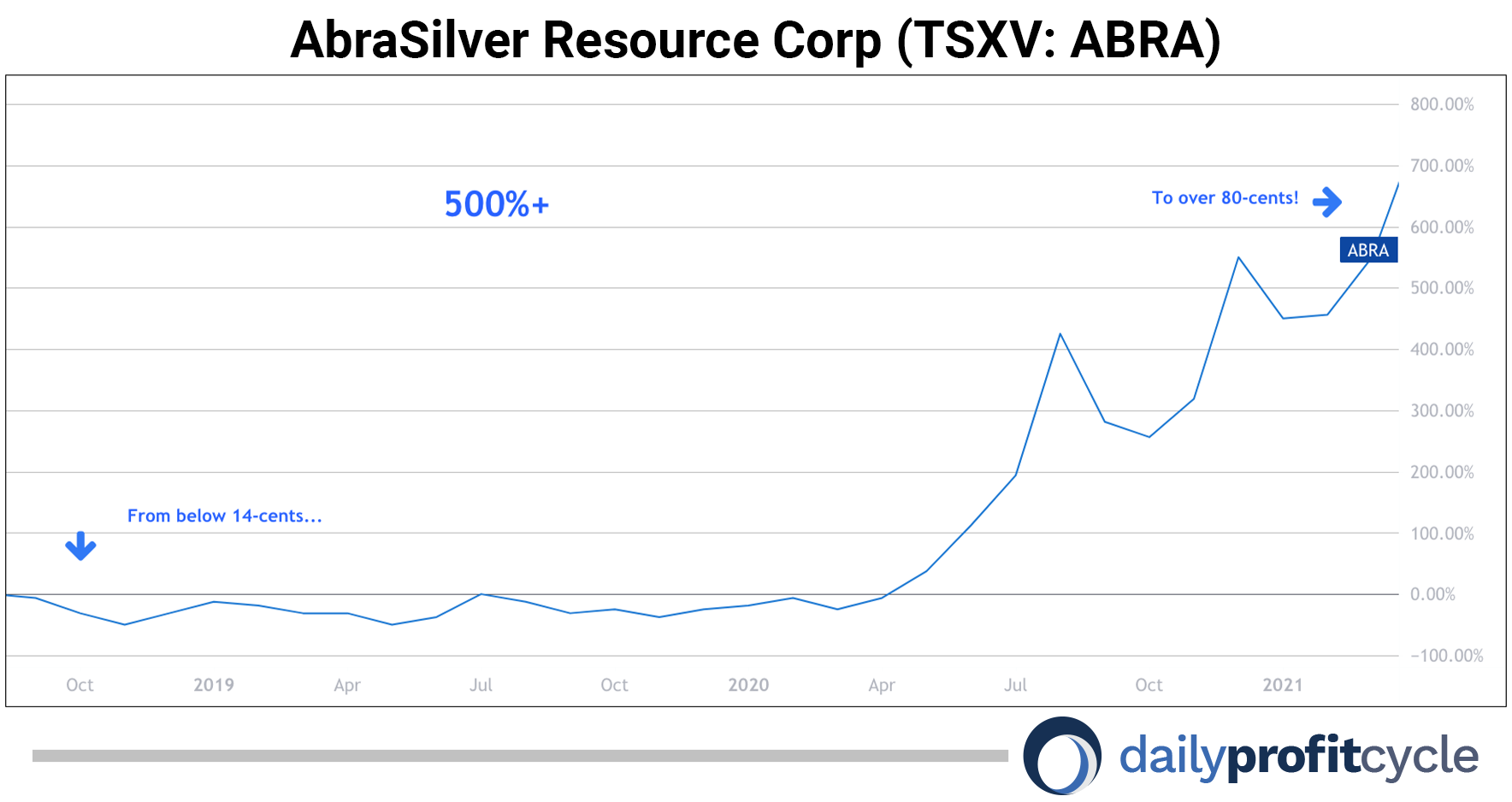 A new pure silver company came across my desk recently that was close to home for me.

Home for me is in Spokane. And this one was in the nearby the Coeur d'Alene mining district, which is one of the top silver mining districts in the world. It’s produced 1.2 billion ounces of silver in deep sediment-hosted silver formations that go down thousands of feet.

And so this one in the silver valley, in the Coeur d'Alene mining district, had only been mined down like 90 meters. It has a different style of mineralization. So it has to be drilled to see, but for the first time this company consolidated two mines, put it under one owner, and it's a pure high grade silver vehicle.

Grab samples have already returned thousands of grams per tonne silver. It has a historical resource. And the company’s theory is that it could be one of these silver giants that are known to exist in north Idaho.

So I financed it, got private members in... and they've since tripled their money. They got in at 25 cents. It just IPO’d in May and it’s already at 75 cents. It's a very recent thing.

For all those reasons…

I went and put boots on the ground a couple of weeks ago. I go down in the old adits and see the old workings... See the mineralization that is still there unmined.

The mineralization is super high grade, it's black bands in the quartz. You can see it. Pretty exciting.

I made a video about it that everyone can watch here:

This way, people can learn how I do this diligence. Because I think that's one of the things that people don't understand is how these deals go from private to public... to then executing their strategy and funding themselves along the way.

This one has a goal of becoming a silver producer and developer.

The tour video serves as a bit of an educational tool about how I invest and how I look at companies and why different companies are better suited for different risk profiles.

You also get to see some boots on the ground research and some footage from the mine.

Make sure to check out the new silver mine tour video.