Let me begin with this chart, which (while quite shocking) isn’t shocking anyone right now… 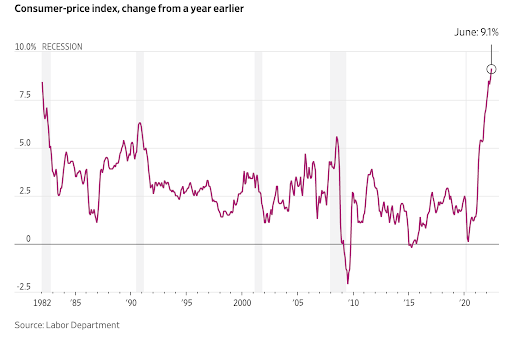 Inflation is glowing so red hot that nobody needs a chart to see how sky-high it is.

As I’m sure you’ve noticed, restaurants are reprinting menus every month to keep pace with the price of food and labor—or are doing away with printed menus altogether.

And gas station managers have sore arms from flipping all those numbers every morning.

But the real test will come with the recession that’s building like storm clouds.

We can already feel the rumble of the thunder—it’s not too far off now.

If you’re worried, you don’t need to be.

Just because the easy gains of the bull market are gone, that doesn’t mean it’s time to give up.

It just means that it’s time to switch strategies.

Welcome to the flip-side world of the contrarian.

Despite the “contrary” in the name, it’s not the dark side.

It’s instead a sober-minded way of taking stock of reality, sticking to fundamental value, and of not letting yourself be taken away by flashy trends that won’t last.

And our own contrarian extraordinaire Nick Hodge is your perfect guide to this forgotten side of the investing world.

Nick has been talking about the coming recession since the yield curve first inverted in Q1 2022… long before anyone else saw this bear market coming.

Nick has seen plenty of rough times before…

And not only did the rough markets not hurt his performance, they improved it!

But it wasn’t a bad time for contrarians.

I have his actual portfolio performance sheet right here… 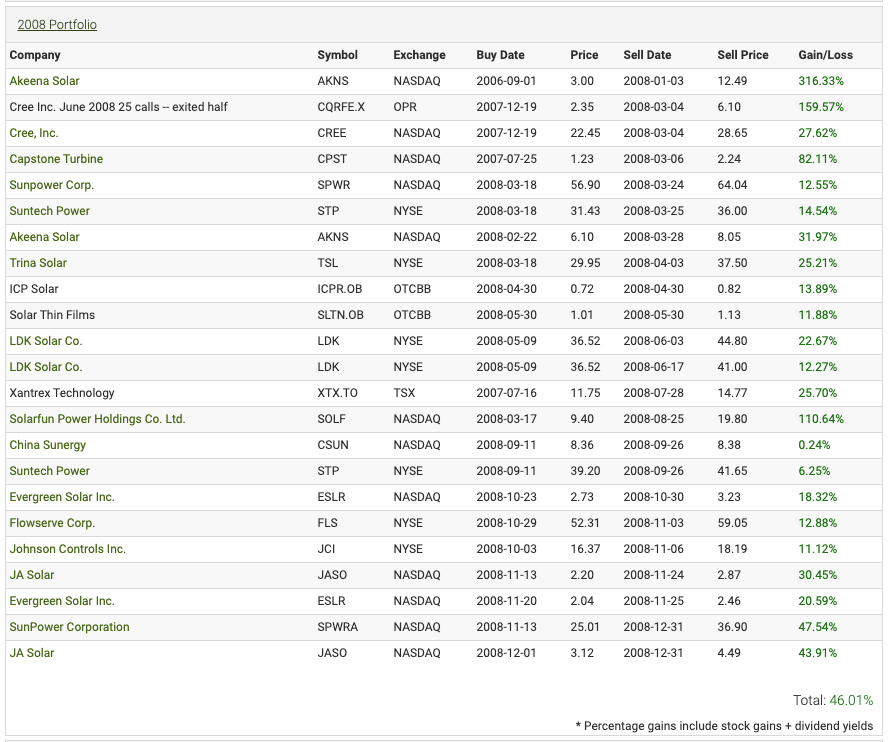 There are also some pretty big winners on that list—316% on Akeena Solar, 159% on Cree Inc, and 110% on Solarfun Power holdings.

To my knowledge, there’s no other stock analyst with a better record for 2008.

Even the infamous one-eyed wunderkind Michael Burry, who was portrayed in the movie The Big Short, wasn’t able to close his lucrative short positions without first riding major losses for over a year.

And it’s also worth pointing out that Big Short trading is highly stressful.

Nick didn’t have to do any of that to make money. He doesn’t have to white-knuckle his way to good returns or hold on until things turn around.

His portfolio stayed comfortably in the green throughout the year.

He’s ready to put those same strategies to work once again.

At the top of Nick’s contrarian playbook for 2022: Silver.

But not just any old silver projects. With silver prices down recently, he’s looking at smaller pure-play silver stocks that will have massive upside when precious metals come back into favor as an inflation and recession hedge, which he expects to happen later this year.

If you’re a regular Daily Profit Cycle reader, you’ve likely seen some of these interviews.

But there’s one project you may have missed... In Nick’s opinion, it’s one of the best of the silver stocks to own now.

Nick recently took a trip to the panhandle of Idaho to visit a silver mine he’s been watching for a while now.

He had the chance to drive out in his truck and inspect the site from the ground up.

(He also brought along one of our video teams to record an exclusive inside look of the entire visit.)

Nick explains why this project was worth the trek:

“One of the main reasons I'm excited about this silver project is there's not a lot of high-quality, small, pure silver projects in the world.

Silver normally comes as a by-product of other mines.

So to get a pure high-grade silver mine with a low valuation in a known prolific district with the ability to get in early is a rare find.”

That makes this the perfect contrarian play for the markets we’re seeing.

Even Milton Friedman, the famous economist, agreed that silver is too often forgotten, despite its primary place for centuries: “The major monetary metal in history is silver, not gold.”

I urge you to see for yourself why Nick is so enthusiastic about this silver mining stock—and why this is exactly the kind of investment we need during these trying times.

Recessions don’t have to hurt when you’re living in a contrarian’s paradise.