One Big Way Financial Media Lies to You

That’s what most of the headlines said this week.

The retail sales number that the empty heads on TV are cheering this week was a 3.8% increase in January from December. A “faster-than-expected rebound,” trumpeted the New York Times.

That is the seasonally adjusted month-over-month number.

What no major media outlet or the government trumpeted was the year-over-year number, which was 12.9%.

Why wasn’t this number sung from the heavens?

Because while it was the 11th straight month of double-digit year-over-year gains in retail sales, it was the smallest gain since February 2021.

Does this chart of year-over-year US retail sales growth look like it’s surging to you?

If not, that’s because it’s not. Year-over-year growth — the real number that the market cares about — is slowing.

The same is happening with earnings growth and will happen with GDP. It’s down and to the right from the highs of last year.

We are in a growth slowing environment.

The Fed would typically cut rates in such an environment.

Jerome thinks he knows better, and the Fed still says it’s going to raise rates. I think that news is as fake as surging retail sales.

Gold is extra shiny this week as the US remains keen to keep Ukraine in the news as a convenient distraction from the one out of every ten dollars that just disappeared from most people’s retirement accounts. 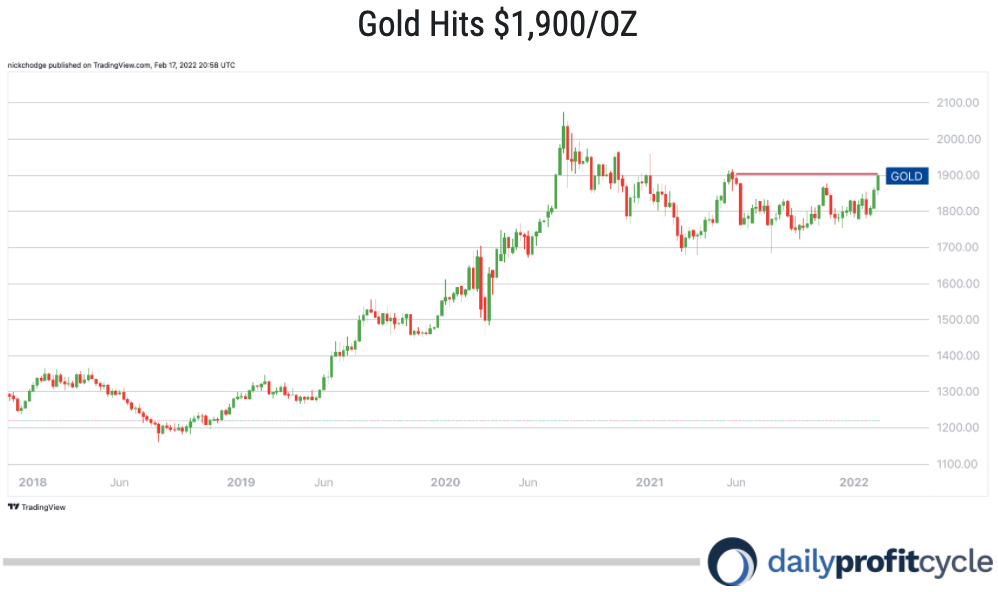 On the macro side of things I continue to position defensively.

If you’re a reader of Foundational Profits, you know we’re long large gold miners, have put some money in non-US funds where markets haven’t been as volatile, and are looking for bond yields to reach their zenith.

If you don’t get those monthly issues, you can check the latest one out here.