Investing in the King of Clean Metals: Copper Stocks

Lithium prices have been on an absolute tear the past several years and were up nearly 200% in 2022 alone.

The underlying equities with real exposure to the much wanted element have delivered phenomenal gains.

Anyone that has been positioned properly in the past few years has done very well.

And while I believe the fundamentals suggest continued strength in the lithium space for many years to come, there is one metal that will benefit on a similar scale.

It’s a metal that, like lithium, is absolutely required for the world to come anywhere close to achieving its net zero 2050 carbon goals.

That’s one reason it has overwhelming bipartisan support around the world.

The metal is copper.

The International Energy Agency (IEA) estimates the world needs $4.5 trillion, with a T, invested in clean energy technology and infrastructure to meet the net zero 2050 goals.

In a recent report the IEA describes why copper is so needed:

“An energy system powered by clean energy technologies differs profoundly from one fuelled by traditional hydrocarbon resources. Solar photovoltaic (PV) plants, wind farms and electric vehicles (EVs) generally require more minerals to build than their fossil fuel-based counterparts. A typical electric car requires six times the mineral inputs of a conventional car and an onshore wind plant requires nine times more mineral resources than a gas-fired plant. Since 2010 the average amount of minerals needed for a new unit of power generation capacity has increased by 50% as the share of renewables in new investment has risen.” 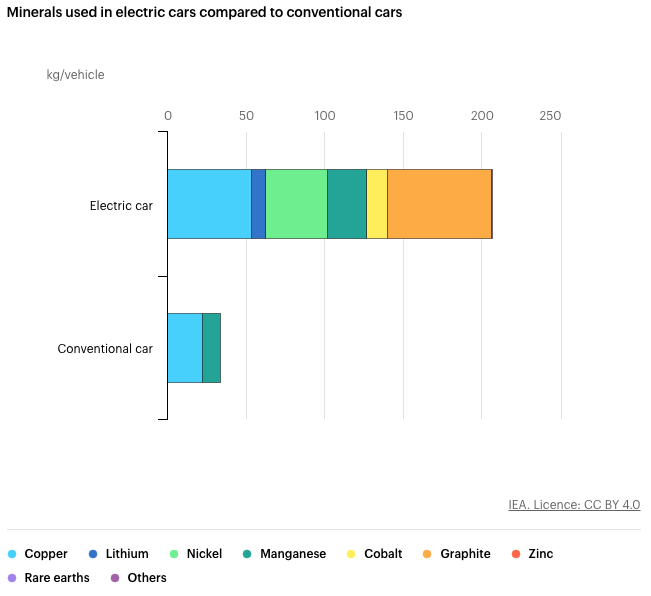 Supply disruptions, geopolitical instability, currency instability, lack of investment in exploration and development, and a lack of meaningful discoveries waiting to bring supply online are just a few of the challenges the world will face when it comes to securing enough copper.

Add in the time it takes to permit, build and start producing… and it's clear that there will have to be massive investment over the next several years in order to catch up with years of underinvestment.

According to the International Copper Study Group (ICSG), only two major copper mines were brought online between 2017 and 2021.

Goldman Sachs recently wrote that “Capital expenditure across mining companies in 2022 was nearly 50% below peak spend in [the] 2010s, while disruptions on the copper mine supply side are set to hit 1.6 million tons this year, a record level.”

Goldman also said that copper demand is set to grow by 600% by 2030. That’s right around the corner.

Chile – world’s largest copper producer with 25% of global supply –  is a real-time case study on the challenges copper producers face. It is simultaneously facing geopolitical woes, water supply issues, and declining ore grades. These challenges have led to four straight years of declining copper production at a time where demand is about to surge.

The massive investment required must start in 2023. 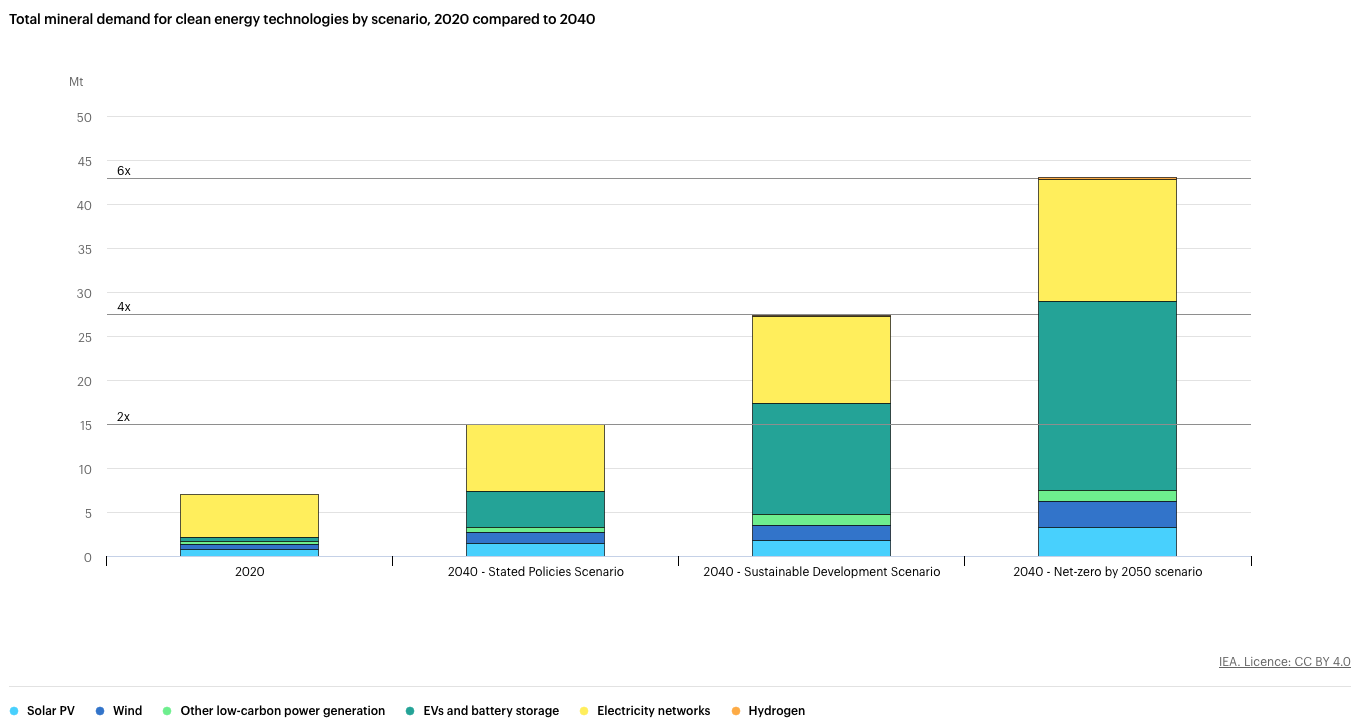 In other words, we are in the sweet spot of the copper cycle. The part where we can squeeze maximum profits from this megatrend.

You see, copper is essential in solar panels, electric vehicles, the chargers that charge them and wind turbines to name a few. Copper’s electric conductivity makes it just as necessary – and possibly even more so – than lithium as it relates to the global push towards a clean energy future.

Mining giant Glencore’s (OTC: GLNCY) CEO Gary Nagle is forecasting a “huge deficit” of copper, which may reach a cumulative 50 million tonnes between now and 2030.

Over the next several years I expect volatile trading – meaning wild swings higher followed by quick but sharp pullbacks – amid a broader trend higher.

During the early 2000’s commodity supercycle there was a rush of M&A, hostile bids, and bidding wars to secure assets with scale. This go ‘round I believe the premiums that companies with quality assets will command will be record setting.

Companies are flush with cash after a year of record profits last year.

The world’s biggest producer BHP Group (NYSE: BHP) made a $6.4 billion copper acquisition at the end of 2022 and signaled it is on the hunt for more.

The trend is clear. There is a massive opportunity to profit from a once in a generation global energy transition.

Check out our premium publications for more trading recommendations and exclusive coverage on the markets. View Publications

Whether or not you agree with the motivation behind it, you can do very well for yourself by gaining exposure to the space.

There are many ways to invest and speculate on higher prices. It’s important to outline your risk tolerance — how much you're willing to lose and how much you want to gain.

There are several ETF’s and ETN’s such as the iPath Series B Bloomberg Copper Subindex Total Return ETN (NYSE: JJC) and the United States Copper Index Fund (NYSE: CPER).

Those are essentially bets on a series of copper assets or a higher copper price.

I mentioned several major producers earlier that will do well with higher copper prices,though there is always jurisdictional, currency and operational risk in owning major producers.

Then there’s the riskiest (also the most rewarding if proven right), but my favorite way to gain copper exposure: copper explorers and developers.

I like speculating on companies that are either developing and advancing an established asset that still has exploration upside or newer exploration companies looking to discover a deposit of significance.

These are the kind of companies that can deliver triple or even quadruple digit gains. These are also the kinds of companies where if they become insolvent can cost you all your initial capital.

It’s important to do your due diligence, learn about the upside, be honest about your downside and decide accordingly.

We are in the midst of a generational shift in energy and infrastructure policy. A shift that I plan on taking full advantage of.

I hope it’s a profitable one for you.