Invest in Lithium Stocks with Confidence

We’ve been talking at-length about the lithium market and how the industry will need to ramp up to 25X last year’s production level by 2050 in order to meet rising demand in the global EV megatrend.

The world needs somewhere between 200 and 300 new lithium mines to come online in the coming few years to reach those lofty production targets.

Investors have been rushing into small-cap lithium miners… and for good reason. The gains can be quite spectacular. Yet, the risks can be just as daunting.

With so many small-cap lithium stocks out there to choose from, how does one mitigate the risk factor? Many of these explorers will drain their treasuries putting dozens of drill holes in the ground “hoping” to hit something economic. Most will come up short because of either weak grade or poor scale — or both.

And then, there are the very real concerns of mining jurisdiction and permitting.

Is this a safe and favorable place to be mining? And will the company be able to secure the necessary permits and licenses from the host government to advance the project?

Those are some of the most critical questions to consider when evaluating ANY junior explorer…and particularly those in the nascent lithium mining industry.

You want to make sure that the host government supports the mining industry at-large and that it also has an established history of permitting projects within a reasonable timeframe.

Otherwise, your hard-earned investment capital can end up sitting idly, or worse, for years on end as you await a permitting decision… whether it be for exploration, drilling, or mine development.

The idea is to find answers to those key questions, among others, before making an investment decision.

And that’s why I wanted to talk a little bit about one particular lithium explorer/developer that we’ve had on our radar for quite some time.

Here are a few key takeaways to wet your appetite.

This small-cap lithium firm is advancing a robust lithium deposit in Quebec, Canada, which has a long established history of being one of the very places anywhere on the planet for mining.

The province is consistently ranked by the Fraser Institute as a Top-Five mining jurisdiction globally. 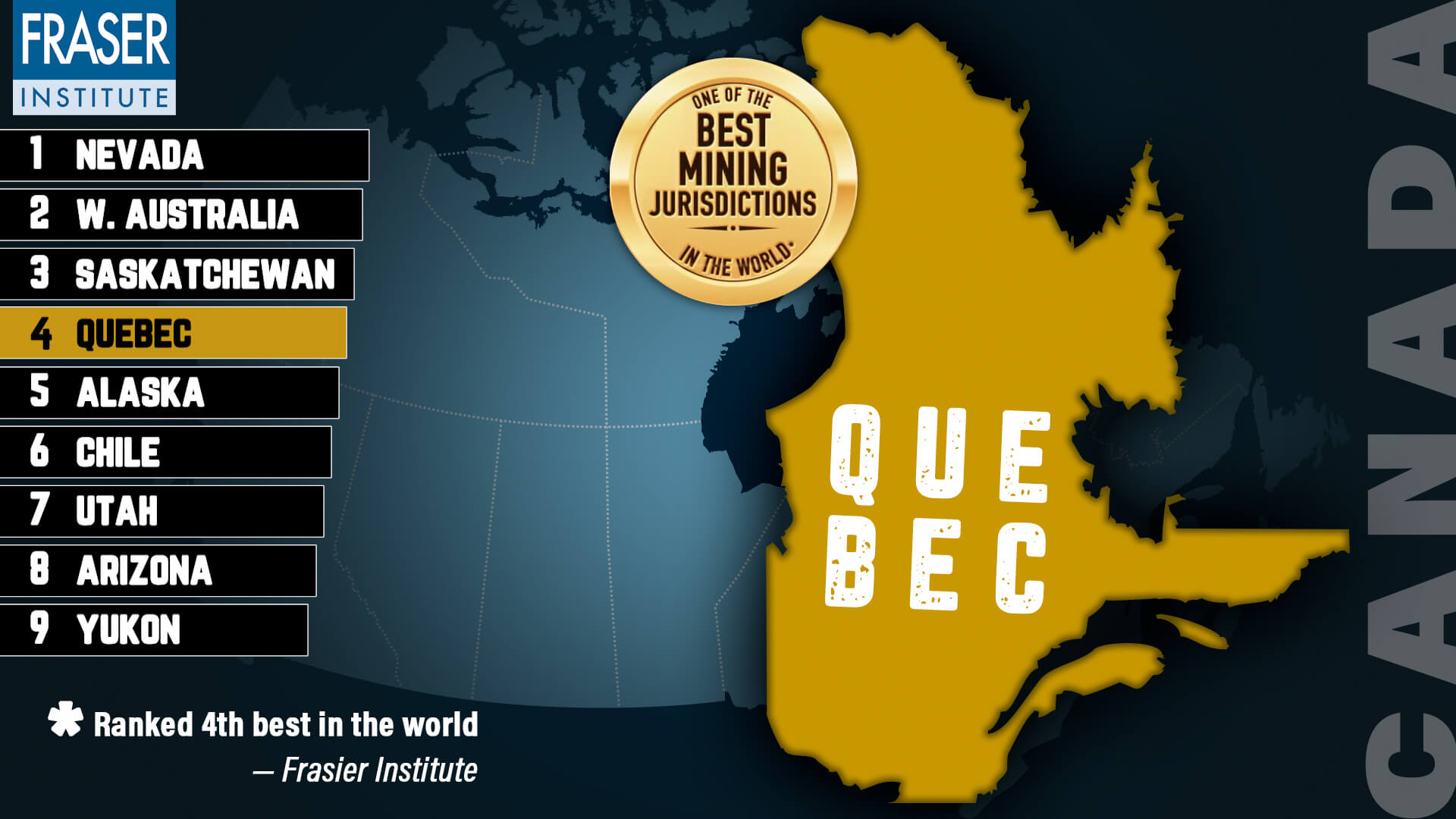 This company has also obtained all federal and provincial permits for its flagship project.

And in Quebec, once you’re permitted, you move forward — plain and simple.

That’s far from the case in many other lithium-producing countries.

Just ask Rio Tinto (NASDAQ: RIO) who just had their permit revoked and licenses annulled by the Serbian government on its $2.4B Jadar lithium project following protests by various green groups.

Now, instead of mining millions of tonnes of lithium ore in Serbia, Rio Tinto will likely find itself in a foreign courtroom attempting to get its licenses back on a project they thought had the blessing of the Serbian government.

Similar risks are also inherent in the Lithium Triangle of Chile, Argentina, and Bolivia.

That simply does not happen in Quebec or, really, anywhere in Canada. Hence, jurisdictional risk abated.

In terms of the project itself, the company’s flagship is an advanced-stage hard rock spodumene lithium project characterized by high lithium grades and exceptional scale.

And speaking of grade, it’s important to remember that all lithium is NOT battery-grade lithium… which is to say much of the lithium being produced around the world today is not going to make its way into the global supply chain.

On the contrary, this particular company has already produced battery-grade lithium from its project via a recently completed pilot plant program with extraction and conversion rates coming in well above 90%.

So grade is not an issue. Neither is scale.

The company’s flagship is currently being pegged at a 17 year mine-life with production of more than 200,000 tonnes of lithium per year.

In other words, the company has quickly risen to “contender” status in the global lithium space… leaving scores of “pretenders” in its wake.

As millions of shiny new EVs hit the roadways in the coming years as the world seeks to go green… lithium demand is only going to go up.

And that means the select few companies that are able to efficiently mine large new sources of battery-grade lithium are going to remain in high investor demand for the foreseeable future.