How to Own Shares of the World's Largest Bitcoin Mine 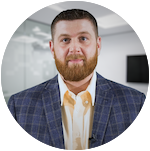 While I am a HODLer of Bitcoin — diamond hands, baby! — I also helped finance Hydro66 (CSE: SIX)(OTC: HYHDF) a few years ago after the last crypto run-up.

It recently sold all its assets, including the data center in Sweden, to Northern Data AG (ETR: NB2).

Northern Data is the operator of the world’s largest Bitcoin mine.

It is eyeing a dual listing via US$500 million U.S. initial public offering (IPO). The means the world's largest bitcoin mine operator is coming to Wall Street.

Shares of Northern Data have more than tripled in the last year as it has acted as a bitcoin proxy. Its shares now trade at 111 euros apiece.

Math says those shares of Northern Data are worth C$57.5 million. Or over C$60 million with the cash.

Meanwhile, Hydro66 trades with a market capitalization of C$28 million — or less than half the deal value.

Methinks Hydro66 could become a proxy for Bitcoin in its own right given it owns over C$55 million in shares of the worlds largest Bitcoin miner, which is about to list shares in the U.S.

That was the investment thesis in Hydro66 all along.

And while Hydro66 did an absolutely terrible job telling the world about itself and its connection to crypto mining, the thesis may still play out after all.

I don't see any reason why shares of Hydro66 shouldn't trade in line with Bitcoin prices and/or shares of Northern Data.